I took a long break from blogging before Christmas, but not intentionally. I started a new marketing position last month and I’ve got some side projects on the go (But no side chicks sadly… which reminds me, what IS the male equivalent to a side chick?) so it’s been a bit hectic.

But I’m back to blogging again so it is all good!

The weekend just gone was pretty awesome, so I thought I’d write a post about it.

I had a list of gigs I wanted to go to and places I wanted to visit that I hadn’t been to yet. Brighton was one of them. So when I saw that an artist I’d be listening to for a while (and was desperate to see live) had a gig in Brighton this month, I couldn’t not buy a ticket and plan a weekend away.

So my friend Grace and I went up on Sunday, ready to explore the seaside town where everyone is as cool as a cucumber (It must be difficult being that cool).

First up, I won’t lie to you. The weather was (insert emoji poo here)💩

I’ve always wanted to be swept off of my feet but the wind in Brighton was taking the mick. At one point my glasses were literally swept straight off my head. And then there was the rain. If rain were a person, it’d be the worse kind of person.

So I had planned to get some really inspiring and artistic photos of the pier and some really nice looking fish and chips but snap chat quality photography was the reality of the situation.

We did shop. Now, I’m not a massive shopper (unless it is online) but there is definitely a better selection of retail in Brighton then there is in my hometown, where you’d be lucky to find a shop that doesn’t sell either phones or anything that cost more than a pound. So the retail therapy did commence. Thankfully my bank account didn’t take too much of a beating.

Later that evening we then headed down to KO Media, an amazing little venue, to see Gavin James. First of all, this venue is so much like Luton’s Hat Factory it’s unreal. I’m willing to bet money that one’s design was based on the other. Just like Hat Factory, it looks like a little café but when you walk through to the back of the building, the stairs lead you down to a basement style room. I’m pretty sure these are my favourite type of venues for gigs.

You can’t beat the acoustics you get in a room of that size and it always feels so much more special. I literally felt like I was down the pub, having a pint.

Interesting story (disclaimer, I will not be held responsible if you don’t find this extract interesting), I found out about Gavin James purely by accident when I tried to Youtube Gavin Clark who featured on ‘This Is England’s’ soundtrack and forgot his last name! So thank you, Gavin Clark.

Gavin Jame’s was as amazing live as I’d hoped he’d be. I’d listened to ‘Live at Whelans’ on repeat so I knew he’d be fantastic anyway but it’s always great when an artist is as good live, if not better, then recorded.

The support acts were also super talented and were amazing warm-ups to the show.

So yes, probably one of the best gigs I’ve been to! (The Cure is another!)

I got one picture of the venue itself.

As you can see, it’s really clear and gives some great detail into what the hell is going on… 😳#sodarkyoucantflash

That was taken before the gig even started because, I will say this honestly, am I the only person in the entire world who thinks it EXTREMELY rude to be on your phone during shows?

I get recording a single song or even a segment of it, but if you are on your phone for the entirety of a show, it looks really rude.

Also, people who talk through people’s performances? Is that considered OK now? Maybe I’m just old fashion but last time I checked if you’ve paid to see an artist/performer live you should at least pay some attention to what’s going on around you. Especially when Gavin’s signing Nervous because that is literally my favourite song ever.

So yes, it was a pretty amazing weekend, bar the weather. I’m definitely thinking of revisiting Brighton in the summer. Actually, sod that, who wants’ to come to live there with me!?

Oh yeah, and when we arrived at the train station after lunch, our train was delayed by a fallen tree but once I’d settled myself down for the most expensive hot chocolate I’d ever brought (even if it was the nicest), we realised the train to Bedford was, in fact, leaving in 10 seconds.

MAD RUN to the platform where once you’ve jumped on the train, you become very upset with just how un-fit you are and how much money you just wasted on half of a hot chocolate.

But sod it because the gig alone was worth it!

(P.S. I’ve got some really exciting projects coming up which I’ll keep you all updated on!)

And here are some pictures from my weekend away. Not actually of Brighton but ah well. 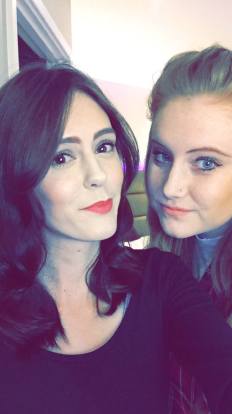 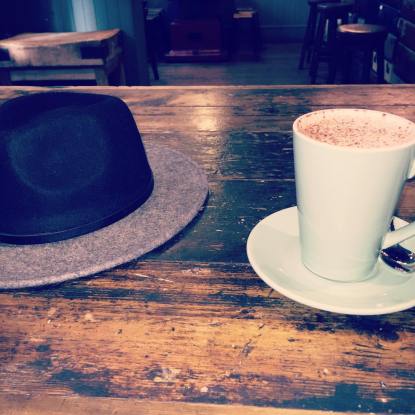 Journalist and writer from Bedfordshire, England.